The 2018 Gturbo Rod Hatter Memorial Perenjori 360 was the first event run by Off Road Racing WA Inc. since its name change in early 2018. The event was also to be the first round of the  2018 CAMS, Carnarvon Motel Western Australian Off Road Racing Championship. In a first for the Perenjori event, scrutineering for all Perth based competitors was to be held a week prior to the race weekend at event sponsor Gturbo’s facilities in Balcatta. With this being the first time many crews were taking their new vehicles, new sponsors or new wraps out in public, there was a buzz of excitement after what had been a short but busy off season. The crew from Gturbo rolled out the red carpet with music, a sausage sizzle and drinks available to spectators and competitors as well as the open invitation for competitors to put their race vehicles on the dyno for a quick power run. The pre event scrutineering made for a great family friendly way to open the season and certainly had everyone in the mood and excited for the race the following weekend

On the Friday night of the long weekend many competitors rolled into the Perenjori sporting complex and got themselves set up for a big weekends racing. With 47 cars entered, this was one of the highest attended season openers in many years. A noticeable boost to the field has come in the form of the SXS classes. In addition to some of the existing Can Am, Polaris and Yamaha competitors, a mutli car Polaris team fronted for its first crack at the WAORC. Other competitors who had tongues wagging were Shane and Curt Elphinstone in the ex Travis Robinson Jimco as well as the immaculate Extreme 2wd trucks of Phil Shepley and Harleigh Uren. The latter having converted his vehicle back to the Extreme 2wd class after a season in Pro Buggy

Reconnaissance is normally a fairly straight forward sighting lap of the track, however some freak mechanical failures put 2 competitors with top 5 aspirations out of the race. Phil Shepley damaged the front end of his truck, whilst Nathaniel Edwards had a rear main seal let go and both were unable to start prologue  Milder conditions than previous years greeted the competitors as they lined up for their prologue run however it was clear dust was going to be a factor over the course of the weekend. This opening hit out would see the crews slogging it out for starting spots and was hotly contested. Early on it was Mark Murray who flew out of the box in car #866 jumping to the top of the time sheets. This feat was made all the more impressive when none of the Prolite competitors could topple the big diesel powered Patrols time. The next competitor to lay down a marker would be Darren Agrela. The Undecided Racing Jimco blitzed the field to be the first competitor to go under 8 minutes for the prologue run. Stephen Phillips would go closest to beating Agrela but had to settle for second, just fractions of a second ahead of a charging Harleigh Uren

Section 1 was scheduled for a 2 lap blast around the Perenjori course and it didnt take long for the action to heat up. Darren Agrela was sidelined early and lost a heap of ground. Stephen Phillips took over the lead before Uren passed him in the lapped traffic. Colin Doney set the second quickest time for the section, but a penalty for hitting a marker had moved him to third behind Brad Cooper on corrected time. 32 competitors finished the full 2 laps of section 1 and there were many surprise packets throughout the field. The Yamaha of Mark Wainwright came in as the quickest SXS in a very impressive 10th outright just behind Karl Richardson in the big yellow Extreme 2wd Navara who was flew through the field of the first 2 laps. Saturday night saw the hard working pit crews fixing any gremlins from the first days racing and one of the biggest efforts was that of Chris Unstead. Unstead put a stick through his radiator on prologue and with some bush mechanics managed to patch up the X3 for section one. After finishing the days racing, a quick dash back to Perth to aquire a new radiator was required in order to be ready for day 2

Section 2 was held on Sunday morning and saw more of the same out in front with the trio of Uren, Cooper and Doney out in front. Darren Agrela who had lost a bundle of time on Day 1 came from deep in the field to set the 4th fastest time after passing nearly half the field. Shane Elphinstones debut run in his new car came to an end with power steering issues whilst Steven Phillips was another to bow out of the race. Newcomer Deon Visagie in his Sportslite set an impressive time to be 17th outright for the section. A great result in his first WAORC event. Both Extreme 4wd competitors of Nicholas Van Geest and  the father and son duo of Owen and Mitchell Davies had issues on day 1 of the event, but were moving forward through the field with times good enough to be hovering around the top 10. With just 2 laps to go and the top 3 split by less than the time it takes to change a flat tyre, it was still anybodies race!

The final 2 lap section saw many competitors putting in a big charge. Darren Agrela unleashed the #39 Jimco to be quickest by over 2 minutes. Mal Yeardley was quickest of the prolites clocking in at 5th fastest for the section. In the end, Harleigh Uren weathered the storm to take out the event outright and also take the win in Extreme 2wd. Brad Cooper and new navigator Peter Barrett showed that they are back to championship winning form with a 2nd outright and 1st in Pro Buggy. Whilst Colin and Peter Doney put the #406 Beetle into 3rd outright. Jared Percival showed consistency to be 4th outright and 1st in prolite whilst one of the most impressive drives of the weekend was Mark Wainwright who took out the SXS Sport class and finished 8th outright. Dean Terry won a tense battle with Chris Unstead in the SXS Turbo class whilst Travis Epis was the class winner and only Production 4wd finisher after Nic Jennings lost a wheel on day 1. Mitchell Davies took out the Extreme 4wd class whilst Michael Davis battled his way through to win the Super 1650. Mathew Beck continue to show his development in the WA Off Road Junior Development Program Performance 2wd Kingswood with another class win 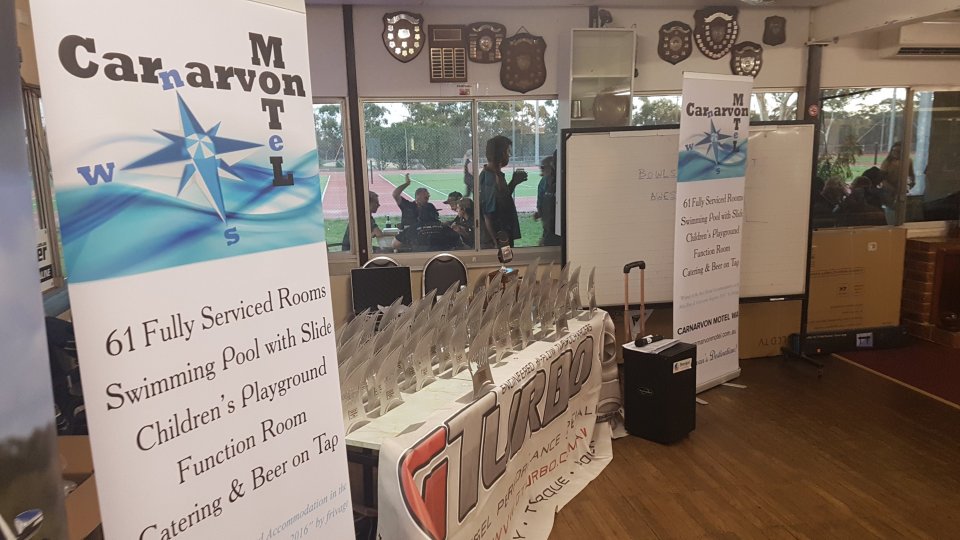 Presentations were held at a packed out Perenjori Sporting club as the class and outright winners celebrated their results and all the volunteers, event organisers, sponsors, property owners and other competitors were thanked. With 2018 being the 5th year of racing at Perenjori, it was by far the biggest and most succesful event in its short history. It was also great to see Harleigh Uren etch his name onto the Rod Hatter Memorial trophy, which has been awarded 14 times previously in memory of Rod Hatter who was a long time competitor and off road state champion 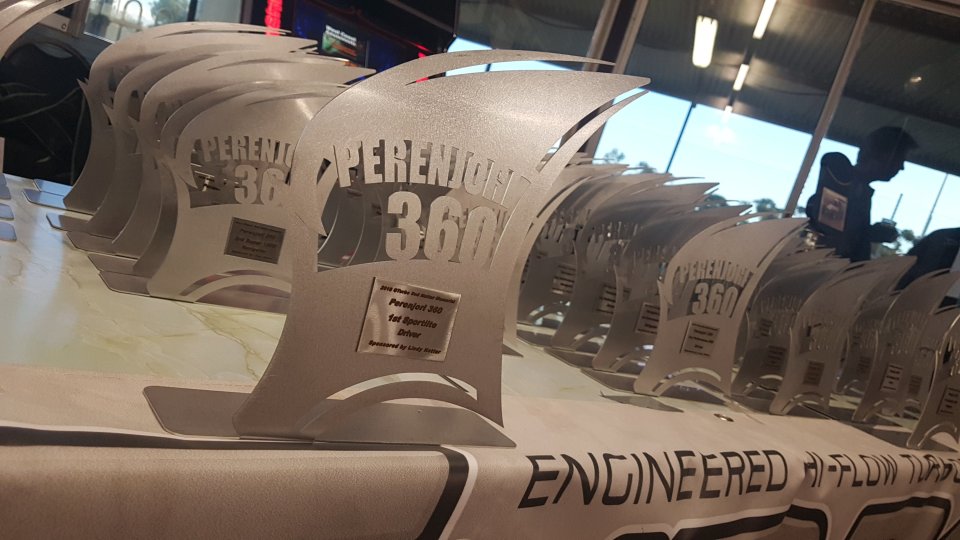 ORRWA would like to thank event naming rights sponsor Gturbo Diesel Performance as well as series sponsor Carnarvon Motel and contingency sponsor Oricom UHF CB.The off road family now looks ahead to the WAORRA Charity Ride day in a few weeks time before the Gascoyne Dash kicks into action for Round 2 of the 2018 CAMS, Carnarvon Motel WAORC 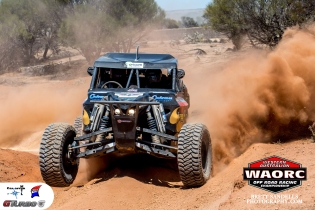 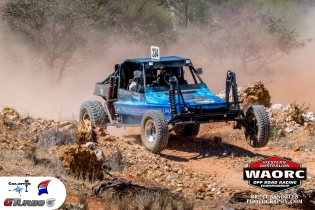 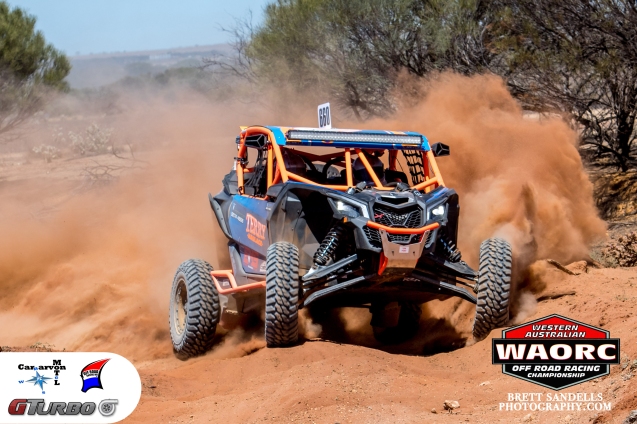 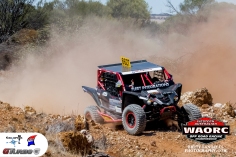 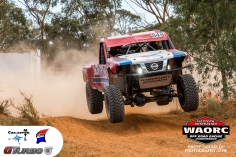